Five Brands That Have Mastered the Art of Brand Story Design A brand story is the narrative around your brand identity that inspires an emotional reaction in your audiences. It isn’t only about words on a page; it’s about ensuring that everything about your brand – every interaction your audience has with it – inspires the desired emotional response in a consistent way.

Your brand story is a combination of facts, feelings and interpretations, and it’s owned as much by your audiences as it is by you. The companies that get their story right understand this and don’t limit their brand story to their marketing efforts; it permeates everything they do.

Here are five brands that have mastered the art of brand story design.

Named after the Greek goddess of victory, Nike’s founders had a pretty clear vision of where they wanted to take the brand from day one. Initially a challenger brand, it quickly swooped past its rivals to lead the sports shoe market.

The famous swoosh was designed by a student for just $35 during the very early days of the company in the mid-1960s; now, it’s one of the most iconic brand symbols of all time.

Its strapline is just as recognisable. First created in 1988 for an ad campaign, “Just Do It” celebrated its thirtieth anniversary in 2018, undiminished by the years. The power of the Just Do It mantra has been the focus of the Nike brand story.

Since the 1980s and its first – and highly successful – celebrity endorsement with NBA star Michael Jordan, the Nike brand story has focused on empowering athletes. Nike cofounder Phil Knight called the success of Air Jordan I “the perfect combination of quality product, marketing, and athlete endorsement”.

The tagline has evolved to encompass the philosophy that “we are all athletes”, and the brand story reflects this – from the extension of product lines, to the sometimes controversial but, again, successful choice of celebrity endorsements and the move away from glossy TV ads to new digital channels. The company’s new focus on empowering women, including a campaign around the Women’s 2019 World Cup, is opening new market opportunities while remaining true to the brand story.

How do you build a powerful brand story in a sportwear space so heavily dominated by celebrity endorsements when you don’t have the deep pockets of Nike?

Gymshark’s brand story is all about its identity as an online business. From its very early days, its marketing strategy has focused on using Internet influencers to promote the brand online.

It’s a strategy that has been so successful that the business has grown from small student start-up in 2012 to a business with a £100 million turnover in 2018.

In 2012, founder Ben Francis was 19 years old – a student working part-time as pizza delivery boy. He started out making body builder vests that fitted slim teenagers because most on the market were designed for older men who had already built up their muscle bulk. Right from day one, the business was Internet-only – nimble, focused on fast delivery and completely oriented around its influencer strategy: sending free tracksuits to body builders with large followings, including Lex Griffin and Nikki Blackketter.

On the back of its early influencer success, Gymshark quickly expanded its social media strategy by sponsoring 18 fitness Instagrammers, YouTubers and bloggers with a combined social reach of 20 million. Gymshark’s approach is textbook millennial marketing. Focusing on the young, millennial consumer was the perfect strategy for an online brand. It helped Gymshark to expand quickly in the UK and also break into new regions, such as the lucrative US market. Most importantly, the approach fit precisely with the brand story: youthful, fresh and tech-savvy.

Gymshark’s use of influencers gave its brand story an immediacy and authenticity that would have otherwise been hard to convey.

The smoothie manufacturer built its reputation on its founder’s fabled start-up story. When working at a music festival selling smoothies one summer, the three founders asked customers whether they should pack in their day jobs and go into making smoothies full-time.

This storytelling approach filters through every aspect of the brand – from the labelling on the packaging (“Shake before opening, not after”) to the quirky promotions. The founders were clear about the brand values from the beginning – almost bankrupting the company in 2003 when they gave 46% of the company’s profits to charity.

When the Coca-Cola company invested in the brand (taking a 20% share in 2009), some worried that this would dilute the ethical credentials and quirky identity of the brand. Instead, the leadership team maintained a tight hold of the reins and continued to develop the ethical, charitable, quality story of the brand.

They set up the Innocent Foundation in 2004, through which 10% of the company’s annual profits goes to good causes – to date, giving over £2.4m towards helping more than 530,000 people.

Innocent had been so successful in peddling its brand story that when Coca-Cola bought the company outright in 2013, it did so with the ambition of leaving it pretty much alone. Since then, the brand has continued to reinforce the successful brand story that has worked so well for it thus far.

Not every brand is so good at holding on to its brand story through periods of upheaval and change. Bill Hewlett and Dave Packard were amongst the first Silicon Valley entrepreneurs setting up shop in a shed in Packard’s back garden.

The Stanford University alumni set up their tech firm at a time when the hillsides surrounding Palo Alto were still covered in orchards. Yet their innovations changed the world of work – both in the industry-leading technology they took to market and in the open-door management approach for which the company became known.

In the firm’s early days, HP benefitted from military spending during WWII. But rather than take a profit while Hewlett served in the Army Signal Corps., Packard maintained his salary at the rate of Hewlett’s military pay. Instead, he chose to reward the company workers through a revenue-sharing compensation plan.

The founders continued to shape the company well into the 1970s, but when they retired, the business lost its way. By then, HP was a vast organisation that wasn’t able to innovate in the way its founders had. In the early 2000s, the company churn on Chief Executives was scary – it had travelled far from the company’s original brand story. In fact, it didn’t seem to have much of a brand story at all.

Enter Meg Whitman, the former eBay CEO. She took the reins in 2011 – the third CEO in as many years – and began reengineering the company to recapture its brand story. Reorganisation and layoffs followed, then a huge boost in R&D spending.

It was all part of Whitman’s clear vision to reclaim HP’s status as one of Silicon Valley’s elite, as she told HBR in 2016: “It’s very hard to kill founder DNA, and that’s a good thing for HP. Dave Packard and Bill Hewlett have been gone from the company for many years. There have been many acquisitions, many changes. But the core values still show through: the ability to do incredible innovation; a passion for customer support and service; giving back to the community. Dave and Bill were social responsibility leaders and environmentalists before those were even terms. We may have fallen on some hard times, but we’re going to double down on those values.”

Whitman’s commitment to dig deep and find the brand story that had become obscured by the years is a masterclass in how to reposition a brand.

The HP leadership team can take heart from the chequered history of Adidas and its relationship with its brand story. It’s a compelling case study of what happens when a brand loses sight of its brand story and how it then successfully worked to recover it.

Adidas was founded in 1949, but its history stretches back even further to 1925, when Rudolf and Adi Dassler began creating shoes for athletes. Adi Dassler was a cobbler and keen athlete himself. He envisioned a company based on industrialised craftsmanship that created “only the best for the athlete”. The four gold medals Jesse Owens won at the 1936 Olympics were won in a pair of Adi Dassler’s shoes.

However, by the 1980s, Nike had overtaken Adidas as the bestselling sports shoe brand. Dassler had died in 1978, and the new management had sought to stay relevant by communicating a different proposition every year.

This contrasted with Nike’s successful strategy of continuity and sports star sponsorship. By 1989, the Adidas management team was ready to take guidance from some of those who had contributed to the success of the rival. It invited two ex-Nike managers, Peter Moore and Rob Strasser, to visit the company’s headquarters. Moore later said, “It took only about five minutes in the museum before I realised that these people had a goldmine in their hands, and they really had no idea what they had.”

Moore and Strasser drew selectively on the brand’s history to reorient the brand story back to its impressive origins: industrialised craftsmanship and a commitment to enhancing athletic performance. Their deep understanding of the Adidas brand story led the pair to promote the timeless, authentic designs through the new range of Adidas Originals leisurewear alongside its equipment sports ranges, reigniting the emotional resonance and authenticity of the brand in the eyes of its consumers and staff.

Bernd Wahler, former head of innovation at Adidas, reflected on the transformation: “Rob Strasser made Nike look like copyists and positioned Adidas as the true authentic sports brand – which it is, but people had forgotten it.”

From the record losses and near bankruptcy of the late 1970s and 1980s, in the last year, Adidas enjoyed a footwear revenue of $15 billion, with revenue growth of $5.8 billion since 2015. It has grown at an average rate of 17.6% over that period, while Nike footwear grew at an average rate of 6.8%. It’s a turnaround which clearly illustrates the power of the brand story.

Today, the emotional resonance and authenticity of the Adidas brand has been restored by the new leadership and talented team around them. Partnerships with designers such as Stella McCartney and stars such as Kanye West and Beyoncé have extended the reach of that emotional connection and pushed the brand’s relevance in the athleisure market. The brand story is continually reinvented while staying true to its essential essence –it’s a lesson for all brand managers in how to keep a brand story alive. 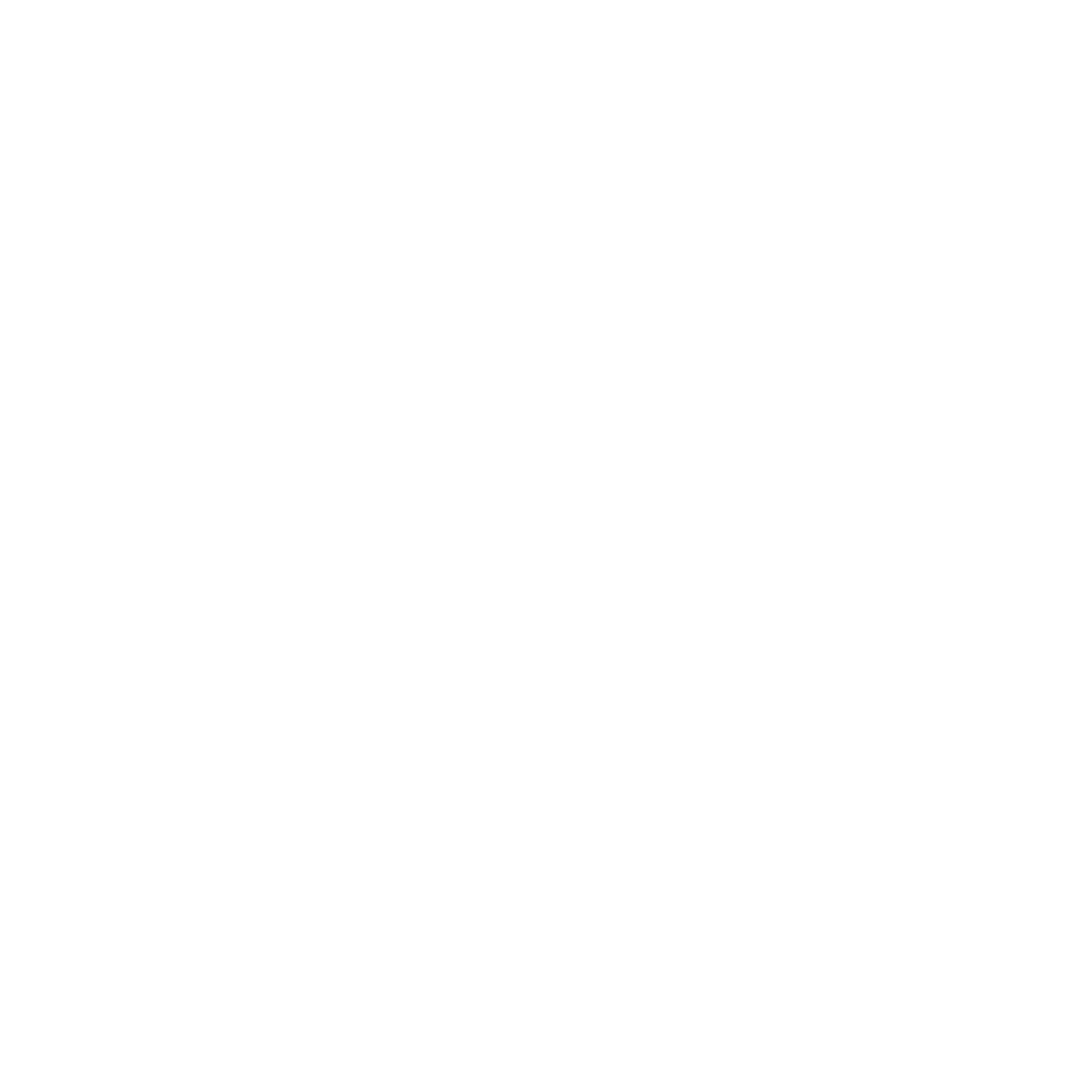